Northern Heat gets back into the swing

After 10 long weeks of doing individual strength and conditioning programs the Northern Heat squad enjoyed the chance to get together and step out on the training track.

Players came from as far afield as Gunnedah, Moree, Inverell, Brisbane, Grafton, Coffs Harbour, and Port Macquarie to meet up in Armidale, showing great commitment to the program and the pursuit of improvement in their own games.

Since the squad last trained in Armidale desperately needed rain across much of the region had greened up the grass and made hitting the ground a much more enjoyable task!

The group started with a 1km time trial to check progress made over the Christmas/New Year period, then went into game sense training. This second part of the session was geared towards preparing the players to be able to stick to a game plan in the program ending match against the Surfers Paradise/Southport Colts on Saturday 7 March.

Training in Armidale concluded with a gym session led by former Sydney Swans strength and conditioning coach Matt Pine. This session saw the former program revised to take into account progress made and set the tone for the remainder of the pre-season.

Next up for the Heat is a training session in Bellingen on Saturday 22 February (10:00am to 1:00pm) where the squad will combine further game sense training with an opposed run against the Coffs Harbour Breakers Seniors.

lWomen's & Juniors come and try in Gunnedah
Get in the Game: Umpires wanted for 2020r 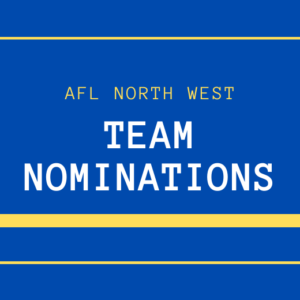 All four AFL North West competitions to be run in 2020