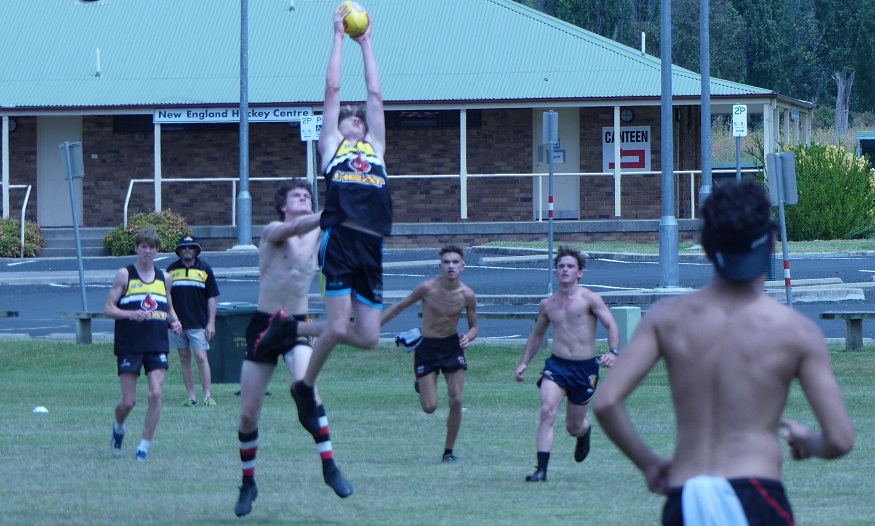 The Northern Heat squad produced one of the best training performances since the format was re-introduced in 2018 to set the platform for a strong end to the program.

Starting with a 1km time trial and Yo-Yo test, all athletes showed they had done the hard graft over the Christmas/New Year break with the strength and conditioning program that was set for them when they recorded significantly improved results.

Ruck man Jack Dadd was one of the big improvers within the group and he reflected on the work done over the past two months. “It’s been a long hot summer slogging away at the strength and conditioning program, but it’s really shown dividends with the boys and its good to see that we’re really coming together as a unit.”

The squad then moved into footy specific drills that were focused on moving the ball forward through handballs and running hard to provide options. Despite not having been together since early December the group was able to show how well they had retained the new concepts when they instantly put them back into practice.

Squad member Hamish Anderson spoke about the Heat brand of footy that was practiced during the session. “We’re all about clean hands, focusing on handballs, moving the ball as a whole unit, and working to back each other up.”

Fellow Heat player Riley Sandral acknowledged how well the group did in a physically demanding session. “We did a lot of ball movement drills and really emphasised keeping the skills at a high level after a lot of fitness work. We had to make smart choices to move the ball around, take the first option and keep up lots of talk.”

The squad has one final training session in Coffs Harbour on Saturday 20 February before finishing the program with a match against the Southport Colts on the Gold Coast in March.